“The [Australian] weather bureau said it was not caught off guard by the intensity of the storm that tore through southeast Queensland on Sunday.  Wind gusts stronger than 100km/h were recorded in Brisbane, but it was the Sunshine Coast suburb of Mooloolaba that was hit hardest by the second severe storm in as many weeks.”

So reported Sam Phillips on page 5 of today’s Courier Mail.

“Well, we did have a severe thunderstorm warning issued for that area. For that kind of thing you can’t really predict it more than a day in advance. We did expect the heavy rainfall,” Bureau of Meteorology’s Annabelle Ford said.

“We had possible gusty thunderstorms forecast from Friday onwards, so we were -expecting something.”

But climate scientist Dr Jennifer Marohasy, of the Institute of Public Affairs and The Climate Lab, was critical of the bureau’s warnings.

“It can be difficult for the bureau and they’re not always going to get it exactly right, but we do seem to have entered an era where there seems to be an awful amount of hype and there’s no acknowledgment after an event as to whether they were correct or not,” Dr Marohasy said.

Jason: I think that many people were cynical about the forecast for this past weekend after some areas had very benign weather during the previous recent event. The media were guilty of over playing the potential in a melodramatic way.  As the experience in Mooloolaba showed, the full force of the storm can be very localised with areas less than a kilometre away having no more than just a normal storm with wind and rain. It is impossible to predict that such cells can develop as they do, nor what track they will take once formed. Always have, always will.

Campbell: Dr Marohasy has her eye on the BoM and has called them out on many of their errors in data acquisition and management. The Bureau prefers to ignore her points of interest.  The Bureau of Meteorology has had many millions of dollars spent on one of the handful of “super” computers in Australia. Their promise is that this machine can give forecasts to much greater accuracy and consistency than they have given us in the past. Let’s see value for our money as they’ve told us that they can do it.

John: Regional observers are needed to feed in progress of these storms. Two BOM reports a day are not accurate enough. A dud report can kill tourism for the weekend.

Paul: The main problem is that the Weather Bureau has got it so wrong so many times that people now take their forecast with a grain of salt.

In fact, the Bureau was forecasting a very wet weekend some days out, and the possibilty of damaging storms.  I thought the forecast was surprisingly accurate this time.   Jennifer. 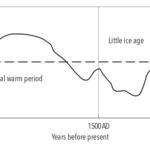 Estimating the Contribution of The Industrial Revolution to 20th Century Warming

Following is a rebuttal by John Abbot and me to END_OF_DOCUMENT_TOKEN_TO_BE_REPLACED

“Oscar Munoz, the CEO of United Airlines, incredibly, is an END_OF_DOCUMENT_TOKEN_TO_BE_REPLACED

“The [Australian] weather bureau said it was not caught off END_OF_DOCUMENT_TOKEN_TO_BE_REPLACED